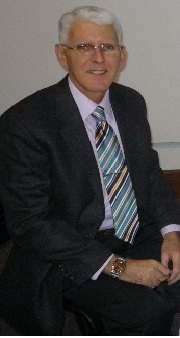 Kevin Crannie, of Toronto, Ontario was born February 9th, 1960 in Saint John, New Brunswick.  His parents were Harold Fletcher Bosco and Dorothy Marie (Crannie) Bosco.  At the age of nine Kevin was placed in the foster care of  Donald (1904-1973) and Mary (1914-2001)  Jenkins of Codys, New Brunswick.  In 1982 he lived with Russell and Leola Bond.  He attended Cambridge-Narrows Elementary School and Chipman Regional High School.  He worked for Hotel Beaujesour,  Moncton, from 1983 - 1987, and later worked for Tulane Restaurant, Kitchener, Ontario.  Moving to Toronto in 1988, he worked at various hotel restaurant's in the room-service departments and, in 1989, secured a full-time position with Pharma Plus Drugmarts until his retirement in 2012.

Growing up Baptist, attending Codys United Baptist Church, Kevin was actively involved in the church choir and taught Sunday School.  Kevin was a member of the Gloria Dei Singers, an ecumenical choir, founded and directed by Mrs. Shirley Cooper (1931-2011), Cambridge-Narrows, that performed throughout the Maritimes under her direction.

Graduating from high school, Kevin was the recipient of the J. Roy and Shirley L. Cooper Memorial Scholarship.  At Atlantic Baptist College, renamed  Crandall University (August 21, 2009)  Moncton,  New Brunswick, Kevin received training in voice under Danusha Petryk, known to Maritime audiences as a soloist on the CBC National Television program "Hymn Sing" (1965 - 1995).  Ms. Petryk joined the  facility of music at Atlantic Baptist College in Moncton September, 1982.  Kevin was a member of the Atlantic Baptist College Choir that performed concert tour for churches in the Maritimes in 1983.  Kevin sang in various church choirs in New Brunswick, including Jarvis Street Baptist Church , Toronto, where he was a member from 1995 - 1997.  In 1997, Kevin was received into the Fellowship of Yorkminster Park Baptist Church.

In later years Kevin would  suffer from a profound to severe hearing loss that would lead to his retirement from the workforce in 2012.

Kevin will always have fond memories of his former years living in Codys (1969-1982) and the many friends he came to know.  Even though he resides in Toronto, Kevin has never forgotten his links to Codys. 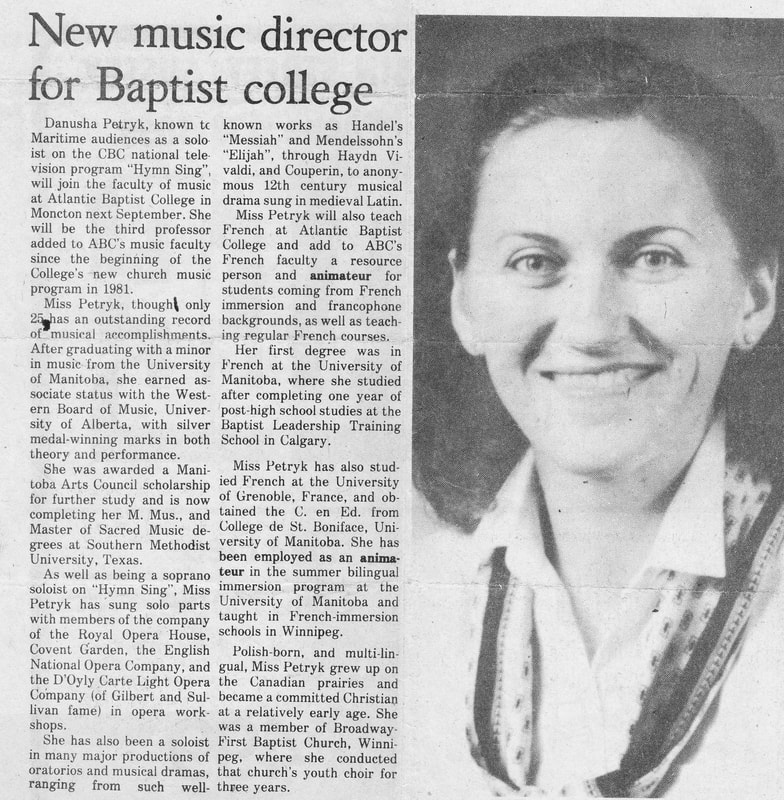